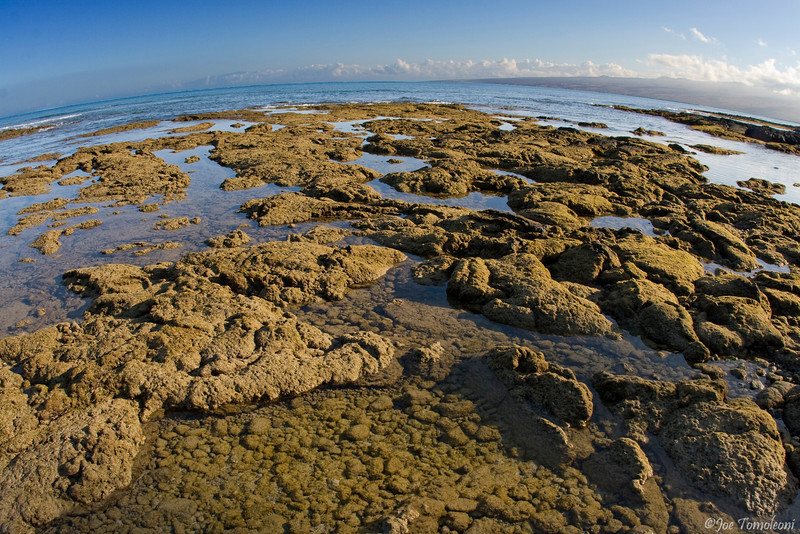 As the tide recedes, the basaltic lava rock left behind forms a maze of tidepools. The careful observer can find a host of fish, shrimp, and other invertebrates inhabiting these pools. While they're a neat area to explore, tropical tidepools are barren compared to those found in colder temperate oceans like the West Coast of the United States.